Although it is not typically used for the expression of recombinant proteins, it has all the necessary elements of an expression vector:

These vectors contain a couple of other elements which add utility to the vector:

The lac promoter of the pUC plasmid can be induced using the lactose analogue isopropylthiol-b-D-galactoside. ("IPTG").

However, b-galactosidase is an interesting protein:

The lacZDM15 mutation in a bacteria means that its genome has suffered a deletion of the amino-terminal region of the lacZ gene.

The galactoside, 5-bromo-4-chloro-3-indoyl-b-D-galactoside ("X-gal"), can be hydrolyzed by b-galactosidase and produces a dark blue color.

The pUC polylinker region is a short stretch of DNA which is actually inserted within the lacZ' gene, just downstream from the start codon:

In the above diagram the codon numbers for the wild-type b-galactosidase are given in magenta (in this case the initiator methionine is not present on purified protein and the first codon is considered to be the ACC (threonine) residue). The codons from the polyliner (which interrupt the b-galactosidase gene) are given in black.

What would happen to the lacZ' peptide if we inserted a DNA fragment into the plink region?

DNA coding for a gene of interest can be inserted in the plink region in-frame with the lacZ' reading frame. It has the following important elements:

The pET vector is a little different from the pUC vector: pUC uses the lac promoter and pET uses a promoter from phage T7

Where will the phage T7 RNA polymerase come from?

The pET system involves not only an expression vector, but also a genetically engineered host bacteria. The host bacteria for the pET vector is typically E. coli strain BL(DE3) 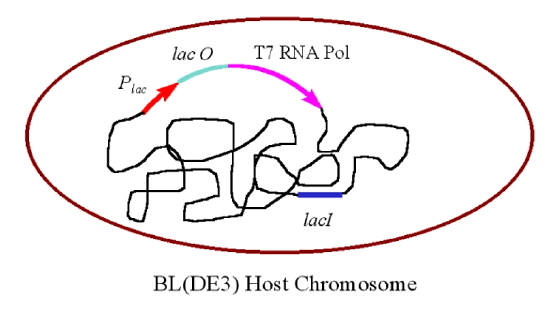 Thus, induction by IPTG results in:

Thus, the system couples a strong promoter with tight regulation (i.e. extremely low level of expression in the repressed state)

The pET vector itself is available with several different polylinker sequences. They contain the same restriction sites, but differ in the reading frame leading into the pLink region: 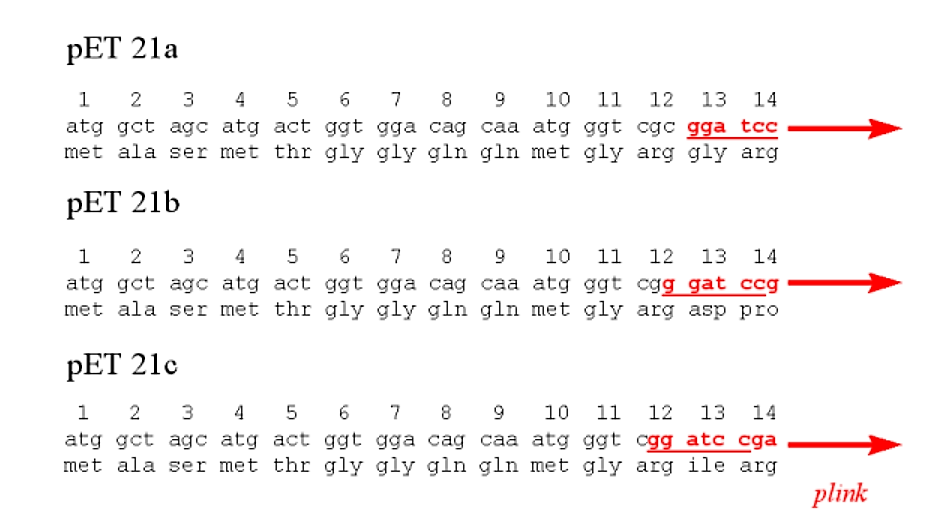 The important elements are:

Purpose of the His tag

Purpose of the EK cleavage site 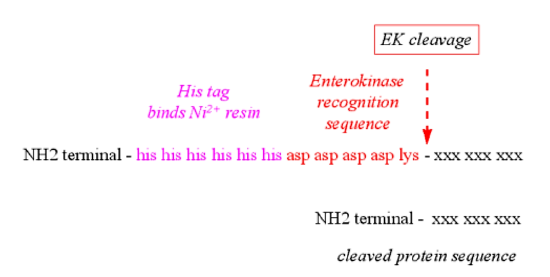 One of the important characteristics of expression hosts (bacteria) is that they allow the expressed protein to accumulate.