In this lab, you will explore the physiology behind gamete production and maintenance of the gonads along with many of the physiological processes involved from conception to birth. It’s a lot of material! So, we will focus on major details. We will use a combination of presentation, microscope work, case study work, and discussion to explore the process of reproduction and development. Your instructor may wish to focus on some but not all of the activities below.

Recall that the hypothalamus is responsible for controlling gonad activity by triggering the release of gonadotropic hormones from the anterior portion of the pituitary gland.

Ever wonder why the male gonads are externally located? Sperms are very sensitive to heat. In fact, sperm must develop at temperatures 2° C lower than average body temperature in order to be viable! With the female hormone profile, there is both pituitary and gonadal components as in the male. The LH and FSH function similarly. Get the following slides: testis cross-section, semen sample, Graafian follicle (mature follicle about to release an ovum), and corpus luteum.

1. Testis Slide: locate the following: cross-section of a seminiferous tubule (area for sperm storage), Sertoli cells (responsible for supporting developing sperm cells) line the immediate inside edge of the tubules, and the developing sperm cells themselves. Interstitial cells between the tubules may be visible. These are responsible for producing testosterone. Start with the lowest magnification and work your way up to the next two powers.

Draw what you see and label as best you can the developing sperm cells and Sertoli cells. 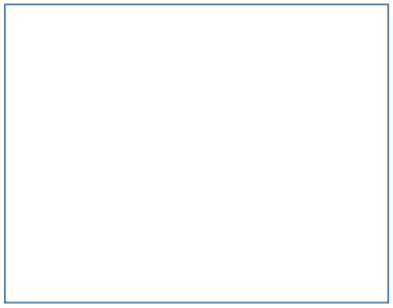 2. Semen Sample: This slide only has sperm visible. They only are visible on 40x. You must have medium to low light levels, and find the small specks on the lowest magnification first. Then work your way up. The neck region is indistinguishable from the tail using the light microscope.

3. Graafian Follicle: This structure is best visible under the lowest magnification. Notice the ovum in the center of the follicle.

Draw what you see and label as best you can the follicle and an ovum. Is there a rupturing follicle present? If yes, what is another way to describe the process?

4. Corpus Luteum: Once the ovum has been released during ovulation, the remaining follicle thickens and produces progesterone. Refer back to the hormone profile for females from the previous section. The progesterone prepares the uterus for implantation of the embryo if fertilization occurs. If fertilization and implantation do not occur the corpus luteum degenerates and the cycle continues.

Recall from Principles of Biology I that meiosis is the ultimate process that produces both male and female gametes.

Once a male and female engage in sexual intercourse, fertilization may or may not occur. Recall that ovulation occurs in a very narrow window of a woman’s cycle (see above). If the timing of sexual intercourses occurs within a woman’s fertile time frame, then fertilization may occur (pictured below). The sperm cells swarm around the egg, and the first sperm cell to digest through the zona pellucida using the digestive enzymes stored in its acrosomal granule is the cell that will contribute its genetic information to the new individual.

We can explore reproduction from a factual standpoint and deal with anatomy and reproduction for many different types of organisms as we have done with other systems all semester long. In addition, there are other factors that drive reproductive decisions in humans. These factors include ethical considerations that stem from an individual’s personal, cultural, and perhaps religious beliefs (to name a few). These factors move us beyond black and white factual consideration of the topic to a gray area where a right-or-wrong answer may not be apparent. Below are some case studies that Dr. Hays has developed to help students discuss various aspects of reproduction. The case studies are designed to help you frame arguments around potentially challenging topics and you help understand your own personal ethics. Your instructor may have you discuss these in your groups and then in the larger class. You should write down your ideas and craft your position as you may be turning your argument into your instructor. Our goal here is not to generate conflict but to help you learn how to have a healthy and productive conversation about challenging topics.

When Reid was 19 he was diagnosed with testicular cancer. His doctors informed him that appropriate treatment would include removal of the affected testicle and radiation treatment. They were very optimistic for a full recovery because of the early detection; however, both of the recommended treatments could affect his future fertility and ability to father children. They recommended that before Reid underwent treatment that he cryogenically preserves his own sperm to ensure that he can father children in the future. Reid followed the doctor’s advice and he beat the cancer! Ten years later Reid married the love of his life, Stephanie. Sadly, just two years after their marriage and before they could have children, Reid was killed in an accident. Stephanie knew that Reid had frozen his sperm years before and decided to use his sperm to have a baby. Should Stephanie be allowed to use Reid’s sperm after his death?

Jessica is a 23-year-old single woman. She works at a local supermarket and makes minimum wage. Jessica dropped out of high school when she was 16 and currently has no plans to complete her GED. Jessica has always loved babies and cannot wait to have one of her own. Tiny shoes, tiny hands, and someone all her own! None of her relationships have been good and Jessica is convinced she can just go it alone as a single mother. Plenty of women do it all the time. She received a small inheritance from her mother and has just enough money to do one round of in vitro fertilization with donated sperm. Jessica convinces her doctor to implant double the usual amount of embryos because she knows she cannot afford another round of treatment and everything she has read tells her the success rate of in vitro is pretty low (even for someone so young). Is this ethical?

Simone is a 38-year-old single woman. She holds a law degree from a prestigious university and has just been named partner at a high powered law firm that specializes in family law. Simone loves children, but the dedication to her education and career has made it difficult to form a long-lasting relationship that could result in marriage. After a lot of thought and discussion with friends, Simone decides to undergo in vitro fertilization with sperm donated by one of her closest friends. Simone does an immense amount of research and discovers that her advanced age reduces the risk of success. Her doctor agrees to implant more embryos than usual to increase Simone’s chances of pregnancy. Is this ethical?

When James was a broke college student he decided to donate sperm to make some money. He never thought twice about it, but did hang on to the paper work from the sperm bank (He has a confidentiality agreement that any children fathered from his sperm would not be made aware of his identity). After college, James joined the Army and was selected to become part of an elite recon team. While stationed at a training base, James met Cheyenne and they fell in love instantly. They had a whirlwind romance and got married after 6 weeks. They were so alike in their desires to travel the world, have a family biologically and via adoption (Cheyenne was adopted herself). A year after their wedding, James was deployed to Afghanistan. In the 8th month of his tour, James was killed by an IED on a transport route. While going through James’s papers after his death Cheyenne discovered the information from the sperm bank. She gets in touch with the bank, explains the situation (along with appropriate documentation) and pleads with them to determine if any of James’ sperm is still there. Some of his sperm is still available and Cheyenne makes an appointment to be implanted with James’s sperm. Is this ethical?

Gary and Robert have been in a long-term, exclusive relationship for five years and have decided that they want to have children of their own. Both get tested for possible infertility issues and doctors discover that Gary is unable to produce viable sperm without a known cause. The couple decides that Robert will use his sperm to attempt in vitro fertilization using an egg from an egg donor bank. Gary and Robert’s long-time friend Claire has agreed to be the surrogate for Gary and Robert’s in vitro fertilization attempt. Claire is 33 and healthy, and there are no medical concerns with her potentially becoming pregnant. Is this ethical?

Sally and James have been trying to have a baby for four years but are unable to conceive. Medical tests reveal that Sally has Polycystic Ovarian Syndrome, and it is the cause of the couple’s infertility. Sally feels betrayed by her own body, and it’s difficult for the couple. After additional tests, Sally discovers that she still can produce eggs, and the couple agrees to attempt in vitro fertilization. The doctors collect some eggs. While the couple thinks about what to do, they discover that sometimes individuals agree to act as surrogates and carry a baby for another couple. They discuss this casually with their friend Lisa and, during the conversation, Lisa says that she is willing to serve as a surrogate. The couple agrees and they all go through with implantation of a single embryo. The embryo grows healthily and everyone is excited. Sally and James enthusiastically prepare for their baby’s arrival, but two months before the baby is due, Lisa says she has decided to keep the baby because she is carrying it. Is this ethical?

As we discussed during the urogenital system portion of the dissection, conversation about reproductive anatomy can be challenging due to cultural norms we internalize regarding our bodies and how different anatomical features function. Today we have another opportunity to discuss this topic in detail. We will be taking a portion of lab today for you to ask those questions about sex and reproduction that you always have wanted to ask! Your instructor will have note cards for you to write your question on anonymously. Your instructor will answer them to the best of their ability. Remember, they are people, too, and don’t know everything!

This lab has been adapted from Rice University and is licensed under a Creative Commons Attribution License License (3.0).

For information more information on sexual and reproductive health or concerns you might have, please follow the link to our own Student Health Services here at Dalton State.