Echinoderms are coelomate, and deuterostomes.

Echinoderms include sea stars (starfishes), sea urchins, sand dollars, sea cucumbers, and sea lilies. There are 6,000 species of echinoderms; they are all marine.

Although echinoderm adults have radial symmetry, they evolved from ancestors that were bilaterally symmetrical. They have free-swimming, bilateral larvae that metamorphose (change as they mature) into adults with radial symmetry.

They possess an internal skeleton (endoskeleton) composed of calcium carbonate plates just beneath the surface of the skin. The plates often bear spines that protrude through the skin.

Echinoderms have numerous tube feet underneath each arm. The tube feet are connected to a system of pipes referred to as the water vascular system. Water enters the system by a sieve plate on the aboral surface. Each tube foot has a fleshy bulb or ampulla attached so that the entire structure looks like an medicine dropper or pipette. When muscles surrounding the ampulla contract, fluid inside the bulb moves down into the tube foot, extending it.

Large digestive glands produce enzymes necessary for digestion. Sexes are separate and gametes are shed into the water. The gonads are large due to the necessity of releasing large numbers of gametes into the marine environment. Coelomic fluid circulates substances and carries amoeboid cells that clean up particulate wastes. Gas exchange is done with numerous tiny gills that extend from the surface of the skin.

The nervous system consists of a central nerve ring with nerve branches extending into the arms. They do not have a brain. 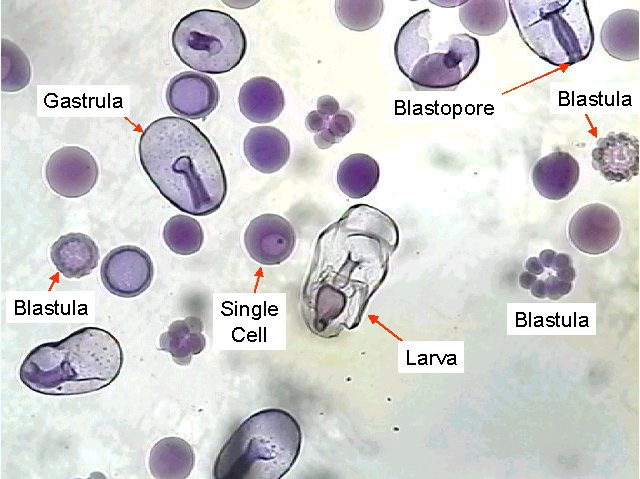 Sea stars and their relatives are composed of a central disk, usually with five or a multiple of five arms (rays) extending outward.

They feed on bivalves (clams) by pulling apart the shell and lowering their stomach into the mollusk, releasing enzymes and digesting the mollusk, then absorbing the digested material into the body of the starfish, where digestive glands in each arm continue the process of food breakdown.

Obtain a preserved sea star for dissection. Identify the oral and aboral surfaces. On the aboral surface, find the sieve plate (madreoporite), a structure that allows water to enter the water vascular system. Notice the spines that protrude from the skin. The word “echinoderm” means spiny-skinned.”

On the oral surface, identify the tube feet and mouth.

Figure 2. Left: Aboral surface. Right: Close-up of the skin of a sea star.

Examine the oral surface of a sea star under a dissecting microscope and observe the spines. Most of the fleshy projections are skin gills and are used to absorb oxygen. Claw-like projections called pedicellariae function to capture small animals and protect the skin gills. A sieve plate (madreporite) located on the aboral surface allows water to enter the water vascular system.

To examine the internal structures, you will remove the skin from the aboral surface (see the diagram below). With scissors or a scalpel, cut along the side of one arm the entire length of the arm from the tip of the arm to the point where the arm attaches to the central disk. As you cut you will notice that there is a layer of calcium carbonate plates just below the surface of the skin. It will be necessary to cut through these plates.

Cut around the tip and then cut along the opposite side of the arm. When you reach the base of the arm, continue cutting to the next arm and repeat this cutting procedure for this arm and the rest of the arms. 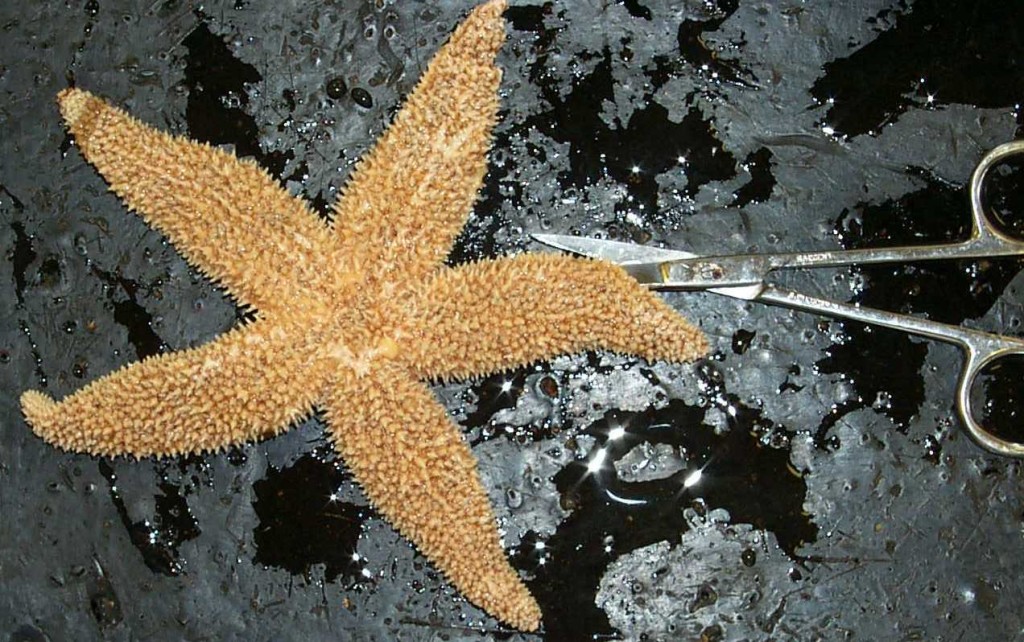 At this point, you have cut the animal’s skin into two halves, an upper surface and a lower surface.

Carefully, peel the skin back from the tip of one arm. It will be necessary to use a dissecting needle or a blunt probe to help you lift the skin while keeping the internal structures from being lifted away and damaged. Repeat this procedure for the remaining 4 arms. Use extra care to peel the skin away from the central disk of the animal. If your initial cuts along the sides of the arms were not sufficient, you may need to cut the side as you peel the skin back.

The stomach of the animal has two parts. The upper part is called the pyloric stomach and the lower part is called the cardiac stomach. When feeding, it extends the cardiac stomach out through the mouth and into the shell of a bivalve mollusk. It secretes digestive enzymes into the mantle cavity of the bivalve. The enzymes digest the bivalve’s tissue. Digestion is completed within the pyloric stomach and the digestive glands in the arms (discussed below).

Identify the stomach and try to discern the cardiac and pyloric portions.

Observe the rows of ampullae along each side of the ambulacral ridge. The muscle surrounding these bulb-like structures can contract and extend the tube feet underneath. 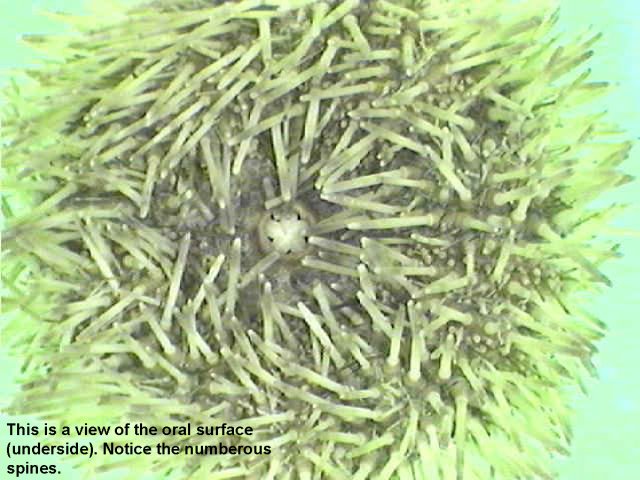 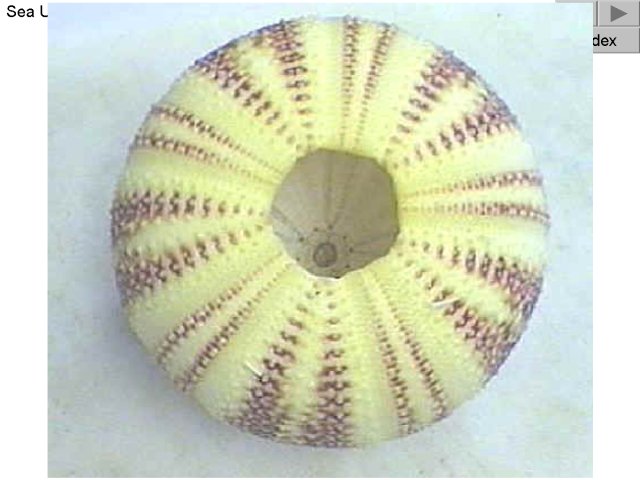 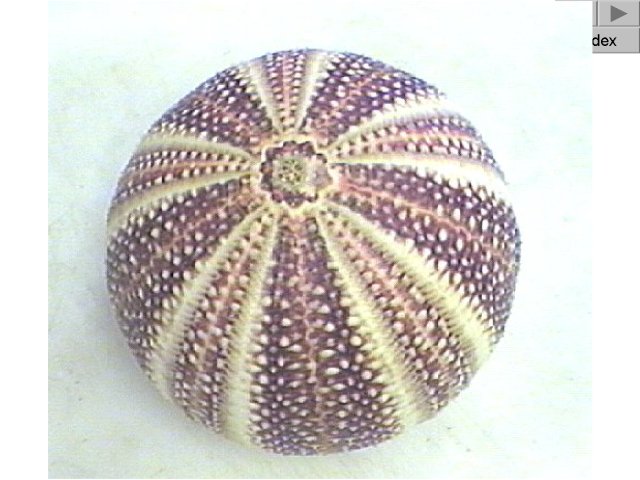 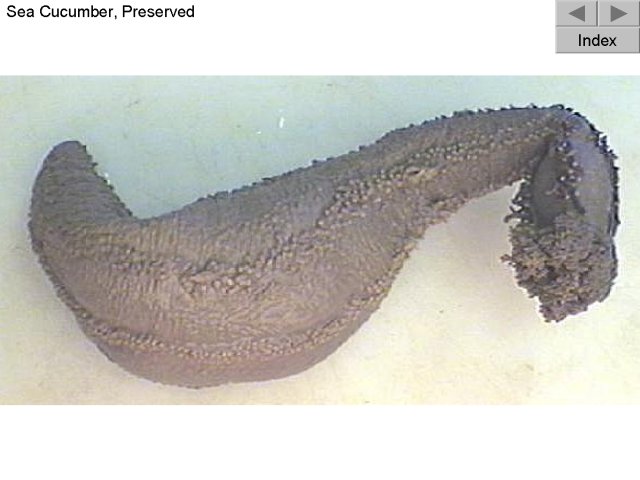 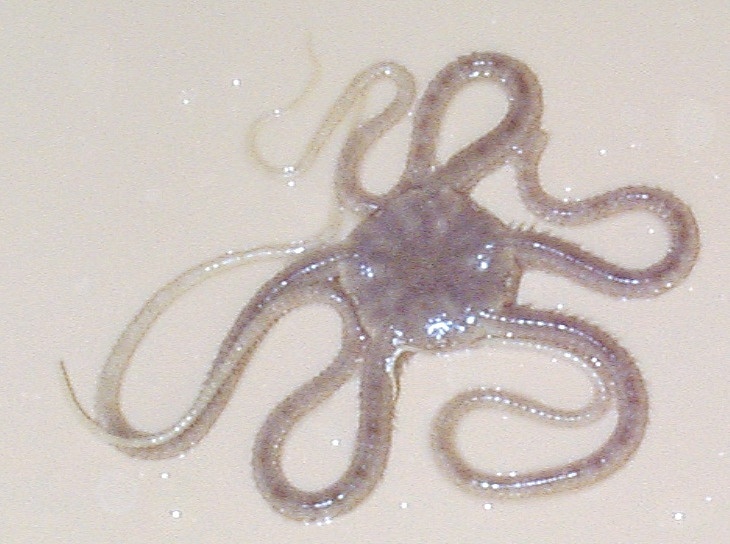 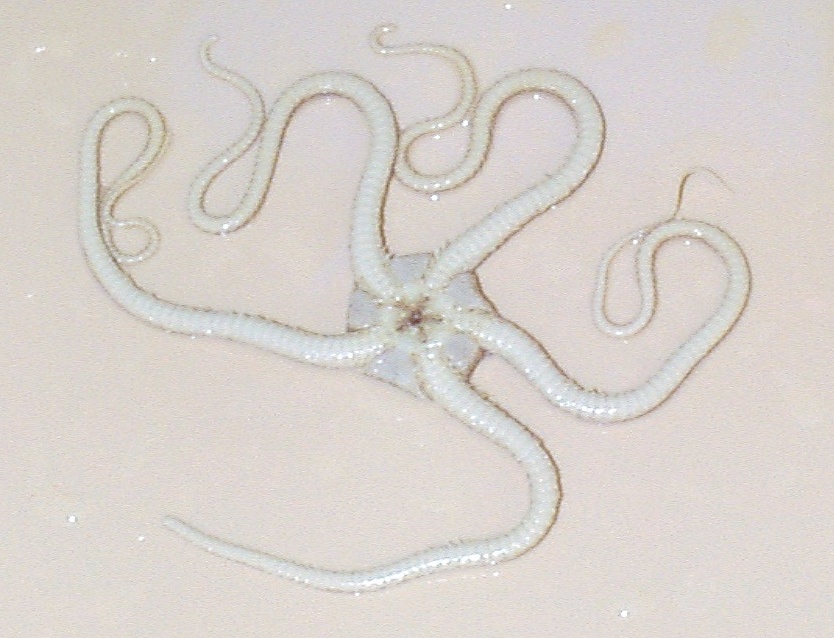