Some looked like this. This is a fossil of an ammonite. Ammonites are excellent index fossils, and it is often possible to link the rock layer in which they are found to specific geological time periods.

The late Precambrian is the time from about 2 billion to half a billion years ago. During this long span of time, Earth experienced many dramatic geologic and climatic changes. 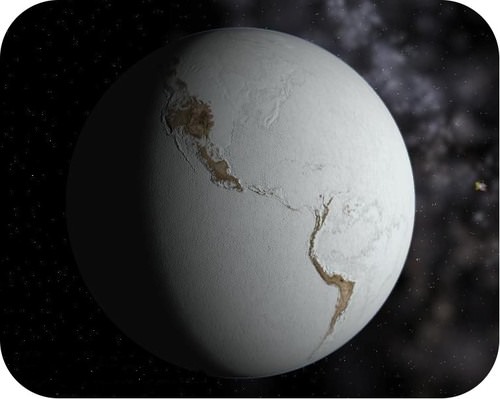 Snowball Earth. During the late Precambrian, Earth grew so cold that it was covered with snow and ice. Earth during this ice age has been called snowball Earth.

Life During the Late Precambrian

The dramatic changes of the late Precambrian had a major impact on Earth’s life forms. Living things that could not adapt died out. They were replaced by organisms that evolved new adaptations. These adaptations included sexual reproduction, specialization of cells, and multicellularity.