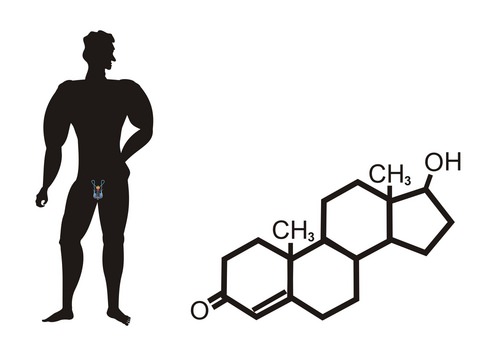 Would you believe the male reproductive structures are over 100 feet long?

The male reproductive system has two goals: to produce and deliver sperm and to secrete testosterone. Might seem simple. But there are a number of complicated processes and structures - including over 100 feet of tubules - that go into these simple goals.

The male reproductive system has two main functions: (1) to produce sperm, the male gamete, and (2) to release the male sex hormone, testosterone, into the body.

The reproductive system in both males and females consists of structures that produce reproductive cells, or gametes, and secrete sex hormones. A gamete is a haploid cell that combines with another haploid gamete during fertilization. Recall that haploid cells have one complete set of chromosomes; in humans that would be 22 autosomes and one sex chromosome.

The main structures of the male reproductive system are shown in Figure below. Locate them in the figure as you read about them below. Male Reproductive Structures. Organs of the male reproductive system include the penis, testes, and epididymis. Several ducts and glands are also part of the system. Do you know the reproductive functions of any of these structures?

The penis is an external genital organ with a long shaft and enlarged tip called the glans penis. The shaft of the penis contains erectile tissues that can fill with blood and cause an erection. When this occurs, the penis gets bigger and stiffer. The urethra passes through the penis. Sperm pass out of the body through the urethra. (During urination, the urethra carries urine from the bladder.)

The two testes (singular, testis) are located below the penis. They hang between the thighs in a sac of skin called the scrotum. Each testis contains more than 30 meters (over 90 feet) of tiny, tightly packed tubules called seminiferous tubules. These tubules are the functional units of the testes. They produce sperm and secrete testosterone.

The seminiferous tubules within each testis join to form the epididymis. The epididymis(plural, epididymis) is a coiled tube about 6 meters (20 feet) long lying atop the testis inside the scrotum. The functions of the epididymis are to mature and store sperm until they leave the body.

In addition to these organs, the male reproductive system consists of a series of ducts and glands. Ducts include the vas deferens and ejaculatory ducts. They transport sperm from the epididymis to the urethra in the penis. Glands include the seminal vesicles and prostate gland. They secrete substances that become part of semen.

Semen is the fluid that carries sperm through the urethra and out of the body. In addition to sperm, it contains secretions from the glands. The secretions control pH and provide sperm with nutrients for energy.