One of these is not a mammal. Which one?

Mammals are a class of endothermic vertebrates. They have four limbs and produce amniotic eggs. Examples of mammals include bats, whales, mice, and humans. Clearly, mammals are a very diverse group. Nonetheless, they share many traits that set them apart from other vertebrates.

Two characteristics are used to define the mammal class. They are mammary glands and body hair (or fur). 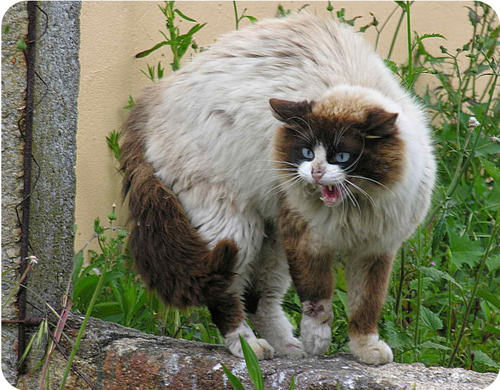 Cat Communicating a Warning. By raising its fur, this cat is “saying” that it’s big and dangerous. This might discourage a predator from attacking.

Most mammals share several other traits. The traits in the following list are typical of, but not necessarily unique to, mammals. Dolphins are mammals that have adapted to swimming and reproducing in water.