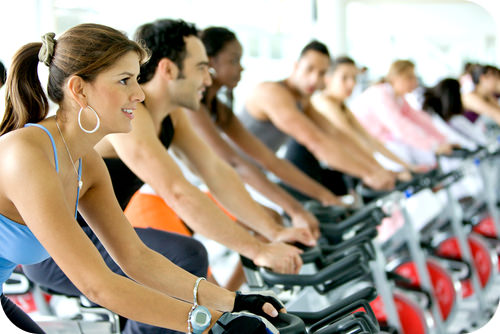 Does this type of fitness have anything to do with natural selection? Usually not. There are countless ways in which an organism can be more "fit," or better adapted to its habitat. And we probably do not know about most of these adaptations.

Natural selection occurs when there are differences in fitness among members of a population. As a result, some individuals pass more genes to the next generation. This causesallele frequencies to change. Sickle Cell and Natural Selection. Notice the normal-shaped red blood cell on the left, and the sickle-shaped cell on the right.

Here’s how natural selection can keep a harmful allele in a gene pool:

The sickle-cell example shows that fitness depends on phenotypes. It also shows that fitness may depend on the environment. What do you think might happen if malaria was eliminated in an African population with a relatively high frequency of the S allele? How might the fitness of the different genotypes change? How might this affect the frequency of the S allele?

Sickle-cell trait is controlled by a single gene. Natural selection for polygenic traits is more complex, unless you just look at phenotypes. Three ways that natural selection can affect phenotypes are shown in Figure below. You can also watch an animation comparing the three ways at the link below. bcs.whfreeman.com/thelifewire...hp23/2301s.swf.

Natural selection may affect the distribution of a polygenic trait. These graphs show three ways this can happen.