What other species do you need to survive?

Species cannot live alone. All life needs other life to survive. Here surgeon fish are feeding on the algae growth on this turtle shell, a classic example of two species needing each other. This is an example of a symbiotic relationship. 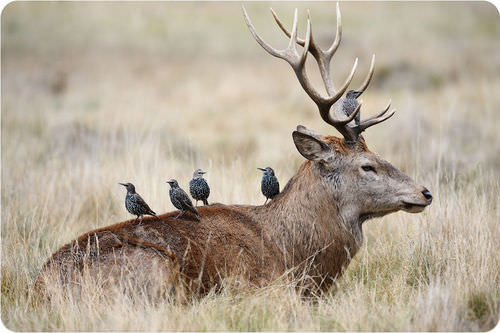 A flock of starlings looks out, before searching for parasites on a red deer stag.