To make carbohydrates from carbon dioxide (CO\(_2\) apparently has no hydrogen), the cell needs hydrogen atoms (H) from hydrogen carrier, NADP+ which at the end of light stage, becomes NADPH.

The main event of the light stage is that chlorophyll reacts with light, yielding electron (\(e^-\)) and becoming oxygenated, positively charged molecule. Then electron, proton and NADP\(^+\) react to yield NADPH which will participate in enzymatic reactions later on. The positively 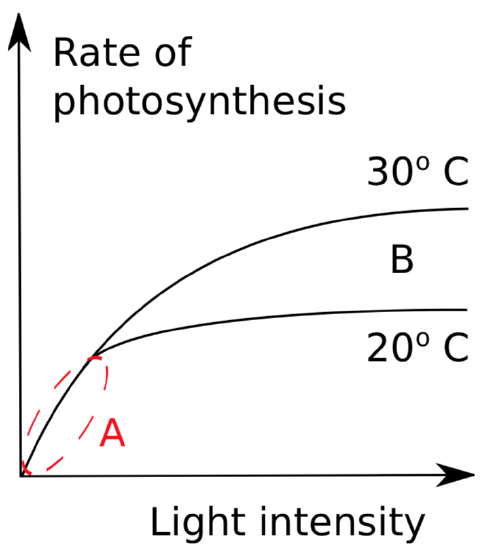 charged chlorophyll is extremely active chemically, therefore it splits water molecules (“photolysis of water”) into protons (which accumulate inside thylakoid), oxygen (O\(_2\)) and electron. The electron returns to chlorophyll. When increasing gradient reaches the threshold, the proton pump starts to work as protons (H\(^+\)) pass along the gradient. The energy of passing protons allows for the ATP synthesis from ADP and P\(_i\) (inorganic phosphate). On the other side of membrane, these protons make water with hydroxide ions.

Ultimately, the light stage starts from light, water, NADP\(^+\), ADP and results in an accumulation of energy (ATP) and hydrogen (NADPH) with a release of oxygen which is a kind of exhaust gas (Figure 2.3.1).