Sickle Cell Anemia: A look at the connection between DNA and Phenotype

Genes are translated into proteins, mutations often (but not always) result in changes in the sequence of amino acids in those proteins. Changes in the amino acid sequence can modify (in various ways) or even completely destroy protein function. Proteins have many functions within cells, and a change in those functions results in a change in the phenotype of that cell or organism. So a mutation as simple as a single base change in a DNA sequence can have dramatic effects on phenotype. One of the best examples of this phenomenon can be observed when mutations occur in the gene for one of the protein components of the red blood cell protein we call hemoglobin.

A major component of the erythrocytes (red blood cells) found in ver­tebrates is hemoglobin. A molecule of hemoglobin from a normal adult human contains 4 proteins (two identical alpha polypeptides and two identical beta polypeptides) surrounding a core of heme (contains complex molecule containing an atom of iron which can combine reversibly with oxygen). Thus, hemoglobin functions as the major oxygen-carrying constituent of blood. Because of hemoglobin, a given volume of blood can carry far more oxygen than could be dissolved in an equal volume of water.
In many human populations, particularly those with origins in Central Africa or the Mediterranean, there are individuals who suffer from severe anemia and whose blood contains numerous distorted, sickle-shaped erythrocytes. Hence, the disease was given the name sickle-cell anemia. 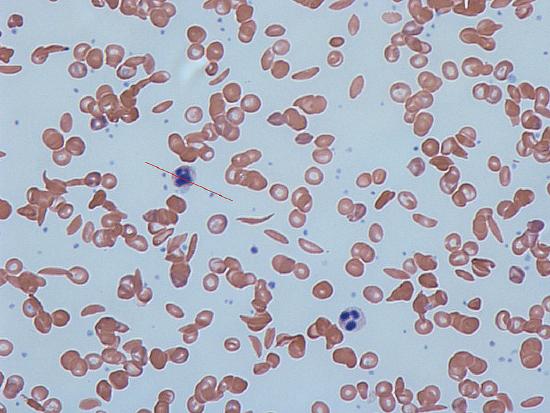 Figure 1: Notice the sickle shaped cells in the image. By Dr Graham Beards via Wikimedia Commons

Mechanism of the Disease

1. Sickled cells are less able to enter and move through the capillaries.
Once in the capillaries, they clog capillary flow and cause small blood clots. Reduced blood flow results in reduced oxygen availability to the tissues. Reduced oxygen supply results in tissue death and damage to vital organs (e.g., the heart, liver and spleen).
2. Sickled blood cells have a shorter lifespan than normal red blood cells:
Reduced lifespan of erythrocytes places a greater demand on the bone marrow to make new red blood cells and on the spleen to break down dead erythrocytes. Increased demand on the bone marrow results in severe pain in the long bones and joints. Individuals suffering from sickle-cell anemia are frequently ill and generally have a considerably reduced lifespan. These individuals are said to have sickle-cell disease.

Heterozygous individuals (HbA HbS) are said to be carriers for sickle-cell anemia. Note: this is a specific term and is not the same thing as sickle cell anemia—heterozygotes do not have the disease themselves but their children may inherit the condition. Carriers have no anemia, do have good health (as do HbA HbA individuals) and their erythrocytes maintain normal shape in the blood. In other words, they are phenotypically normal under most conditions, and probably do not know that they “carry” the HbS allele. However, if heterozygotes are exposed to condi­tions of low oxygen levels (such as strenuous activity at high altitudes) some of their erythrocytes do sickle. Red blood cells in blood samples of heterozygotes subjected to greatly reduced oxygen tension in the laboratory also sickle.

Why is sickle cell anemia most prevalent in people with origins in Central Africa and the Mediterranean? If you look at the figure below (Figure 2), you will see the occurrence of sickle cell anemia overlaps with the pervasiveness of malaria. This seems odd, but those individuals how are heterozygous (HbA HbS) for the sickle cell allele are less likely to contract and die from malaria then those who are homozygous (HbA HbA). The HbS polypeptide that is produced by the heterozygous individual stops the organism (Plasmodium) that causes malaria from invading the red blood cells. So, in areas where malaria is common there is selection pressure for the HbS allele, and the HbS allele occurs in a higher frequency because the those who have one copy of the HbS allele will live longer and have more children. In areas where malaria is not common, there is selection pressure against the HbS allele, and the HbS allele occurs in a lower frequency. As you will learn in a later chapter, there is an 25% chance that two carriers will have a child who is homozygous HbS HbS), and this child will pay the evolutionary price for the protection from malaria that the parents were afforded. It seems to be in this way that evolution by natural selection retains such a potentially detrimental allele in a population. The sickle cell example is only one of what is called heterozygous advantage, we have provided a number of other examples in Table 1.