The private non-profit sector plays a large role in the conservation effort both in North America and around the world. For example, the World Wildlife Fund raised over $300 million in the 2017-2018 fiscal year to protect endangered animals, their habitats, and natural resources. Some non-profit organizations are species specific, like the Orangutan Foundation, and others are broadly focused, such as the IUCN and Trade Records Analysis of Flora and Fauna in Commerce (TRAFFIC). Illegal wildlife trade is monitored by TRAFFIC. The Nature Conservancy (figure \(\PageIndex{a}\)) takes a novel approach. It purchases land and protects it in an attempt to set up preserves for ecosystems. 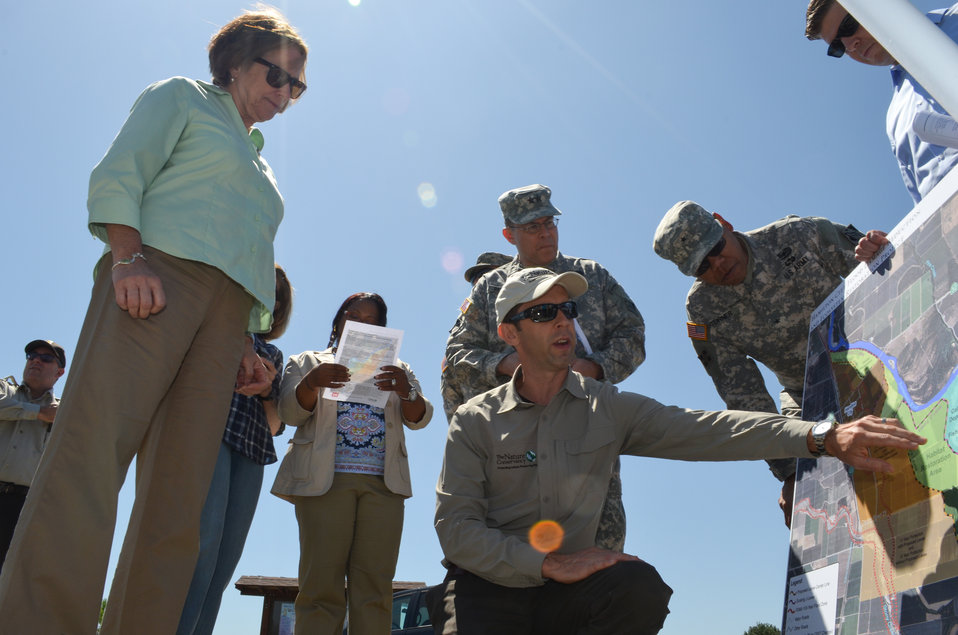 Figure \(\PageIndex{a}\): Jo-Ellen Darcy (left), Assistant Secretary of the Army for Civil Works, discusses the Hamilton City with Ryan Luster, project director for The Nature Conservancy, during a site tour in Hamilton City, Calif., June 3, 2014. The U.S. Army Corps of Engineers Sacramento District's Hamilton City project will let nature help do the work of reducing flood risk by restoring 1,500 acres of native habitat between the Sacramento River and a new setback levee to be built near the town. The Nature Conservancy assisted the project partners by helping acquire the land planned for restoration. Image by US Army Corps of Engineers (public domain).