Species diversity is the number of different species in a particular area and their relative abundance. The area in question could be a habitat, a biome, or the entire biosphere. Areas with low species diversity, such as the glaciers of Antarctica, still contain a wide variety of living organisms, whereas the diversity of tropical rainforests is so great that it cannot be accurately assessed. Species richness, the number of species living in a habitat or other unit, is one component of biodiversity. Species evenness is a component of species diversity based on relative abundance (the number individuals in a species relative to the total number of individuals in all species within a system). Foundation species (see Ecosystem Types and Dynamics) often have the highest relative abundance of species. Two locations with the same richness do not necessarily have the same species evenness. For example, both communities in figure \(\PageIndex{b}\) have three different trees species and thus a species richness of three. However, there is a dominant species (represented by six individuals) in community #1. In community #2, there are three of individuals of each species. Therefore, community #2 has a greater species evenness and greater species diversity overall. 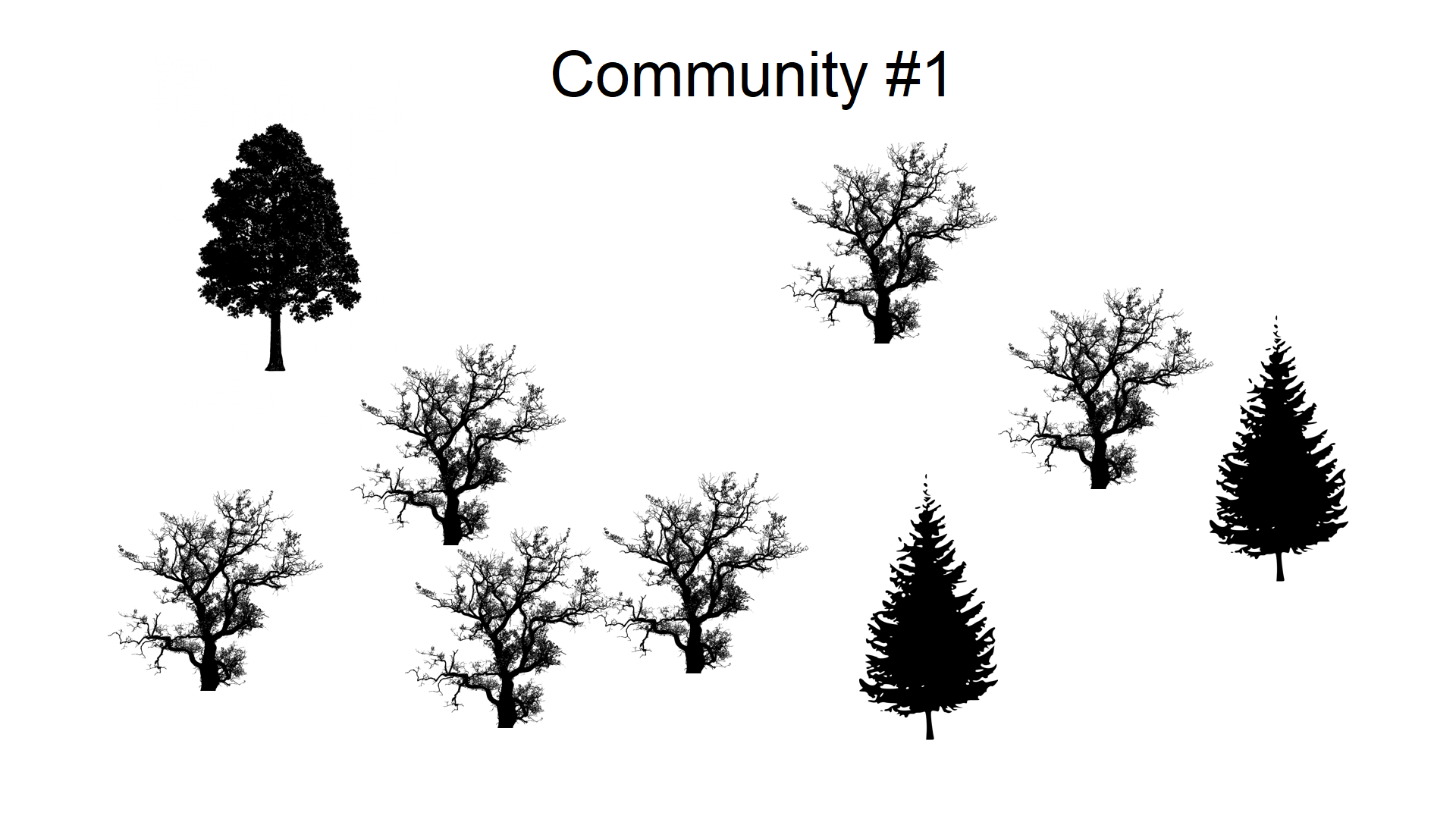 The Number of Species on Earth

Despite considerable effort, knowledge of the species that inhabit the planet is limited. About 1.5 million species have been described, but many more species are yet to be identified. Estimates of the total number of species on Earth range from 3 million to 100 million, with more recent estimates commonly ranging from 8 to 11 million species. A 2011 study suggests that only 13% of eukaryotic species (such as plants, animals, fungi, and algae) have been named (Table \(\PageIndex{a}\) . Estimates of numbers of prokaryotic species (such as bacteria) are largely guesses, but biologists agree that science has only just begun to catalog their diversity. In fact, a 2017 study by Brendan Larsen and colleagues estimated that there are actually 1-6 billion species on Earth with at least 70% of them being bacteria. Given that Earth is losing species at an accelerating pace, science knows little about what is being lost.

There are various initiatives to catalog described species in accessible and more organized ways, and the internet is facilitating that effort. Nevertheless, at the current rate of species description, which according to the State of Observed Species reports is 17,000–20,000 new species a year, it would take close to 500 years to describe all of the species currently in existence. The task, however, is becoming increasingly impossible over time as extinction removes species from Earth faster than they can be described.

Naming and counting species may seem an unimportant pursuit given the other needs of humanity, but it is not simply an accounting. Describing species is a complex process by which biologists determine an organism’s unique characteristics and whether or not that organism belongs to any other described species. It allows biologists to find and recognize the species after the initial discovery to follow up on questions about its biology. That subsequent research will produce the discoveries that make the species valuable to humans and to our ecosystems. Without a name and description, a species cannot be studied in depth and in a coordinated way by multiple scientists.

The technology of molecular genetics and data processing and storage are maturing to the point where cataloging the planet’s species in an accessible way is close to feasible. DNA barcoding is one molecular genetic method, which takes advantage of a specialized structures inside of some cells called mitochondria (figure \(\PageIndex{a}\)). Mitochondria contain DNA that is separate from the rest of the cell, and one of the genes in mitochondrial DNA changes more quickly through the process of evolution than regular DNA. While plants contain mitochondria, DNA from their chloroplasts, the specialized structures in which photosynthesis occurs, are more often barcoded. Rapid DNA sequencing technology make the molecular genetics portion of the work relatively inexpensive and quick. Computer resources store and make available the large volumes of data. Projects are currently underway to use DNA barcoding to catalog museum specimens, which have already been named and studied, as well as testing the method on less studied groups. As of mid 2012, close to 150,000 named species had been barcoded. Early studies suggest there are significant numbers of undescribed species that looked too much like sibling species to previously be recognized as different. These now can be identified with DNA barcoding. Healthy ecosystems contain a diversity of species, and each species plays a role in ecosystem function; therefore, species diversity as well as ecosystem diversity are essential to maintaining ecosystem services. For example, many medications are derived from natural chemicals made by a diverse group of organisms. For example, many plants produce compounds meant to protect the plant from insects and other animals that eat them. Some of these compounds also work as human medicines. Contemporary societies that live close to the land often have a broad knowledge of the medicinal uses of plants growing in their area. For centuries in Europe, older knowledge about the medical uses of plants was compiled in herbals—books that identified the plants and their uses. Humans are not the only animals to use plants for medicinal reasons. The other great apes, orangutans, chimpanzees, bonobos, and gorillas have all been observed self-medicating with plants.

Modern pharmaceutical science also recognizes the importance of these plant compounds. Examples of significant medicines derived from plant compounds include aspirin, codeine, digoxin, atropine, and vincristine (figure \(\PageIndex{c}\)). Many medications were once derived from plant extracts but are now synthesized. It is estimated that, at one time, 25 percent of modern drugs contained at least one plant extract. That number has probably decreased to about 10 percent as natural plant ingredients are replaced by synthetic versions of the plant compounds. Antibiotics, which are responsible for extraordinary improvements in health and lifespans in developed countries, are compounds largely derived from fungi and bacteria. 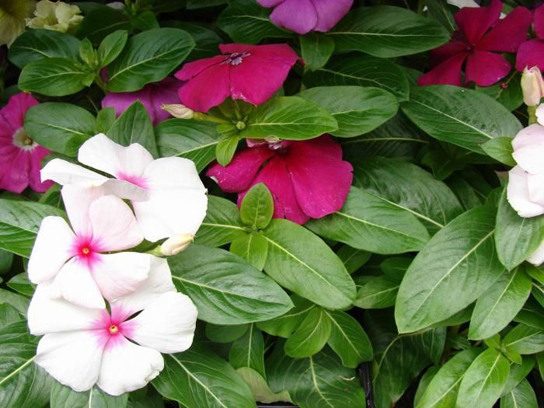 Figure \(\PageIndex{c}\): Catharanthus roseus, the Madagascar periwinkle, has various medicinal properties. Among other uses, it is a source of vincristine, a drug used in the treatment of lymphomas. (credit: Forest and Kim Starr)

In recent years, animal venoms and poisons have excited intense research for their medicinal potential. By 2007, the FDA had approved five drugs based on animal toxins to treat diseases such as hypertension, chronic pain, and diabetes. Another five drugs are undergoing clinical trials and at least six drugs are being used in other countries. Other toxins under investigation come from mammals, snakes, lizards, various amphibians, fish, snails, octopuses, and scorpions.

Aside from representing billions of dollars in profits, these medications improve people’s lives. Pharmaceutical companies are actively looking for new natural compounds that can function as medicines. It is estimated that one third of pharmaceutical research and development is spent on natural compounds and that about 35 percent of new drugs brought to market between 1981 and 2002 were from natural compounds.

Brendan B. Larsen, Elizabeth C. Miller, Matthew K. Rhodes, and John J. Wiens, "Inordinate Fondness Multiplied and Redistributed: the Number of Species on Earth and the New Pie of Life," The Quarterly Review of Biology 92, no. 3 (September 2017): 229-265. DOI