Fungi in the phylum Zygomycota are called zygomycetes. The zygomycetes are terrestrial. They are usually saprotrophs but there are some parasites. The hyphae are coenocytic (theyn lack septa). Septa are found only in the reproductive structures. 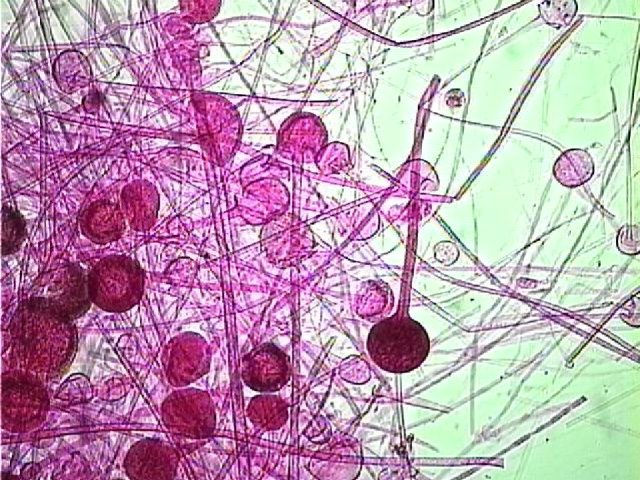 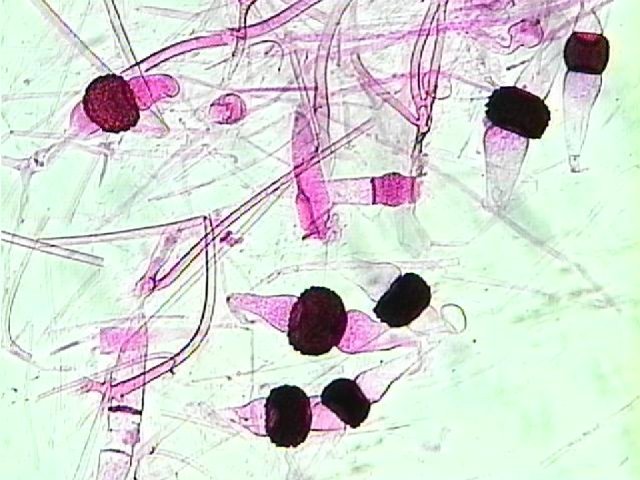 When environmental conditions deteriorate, sexual reproduction may occur. Hyphae from opposite mating types produce structures that contain several haploid nuclei. Fusion of two of these structures from opposite mating types results in a heterokaryotic zygosporangium. A thick wall develops that functions to protect the zygospore until environmental conditions become favorable. When conditions are favorable, nuclear fusion (karyogamy) occurs within the zygosporangium producing diploid nuclei. This is followed by meiosis. The zygosporangium then germinates to produce a sporangium which releases haploid spores.

Observe Rhizopus (bread mold) growing on a culture dish. Use a dissecting microscope to see details of the hyphae and sporangia. Is there any evidence of sexual reproduction? 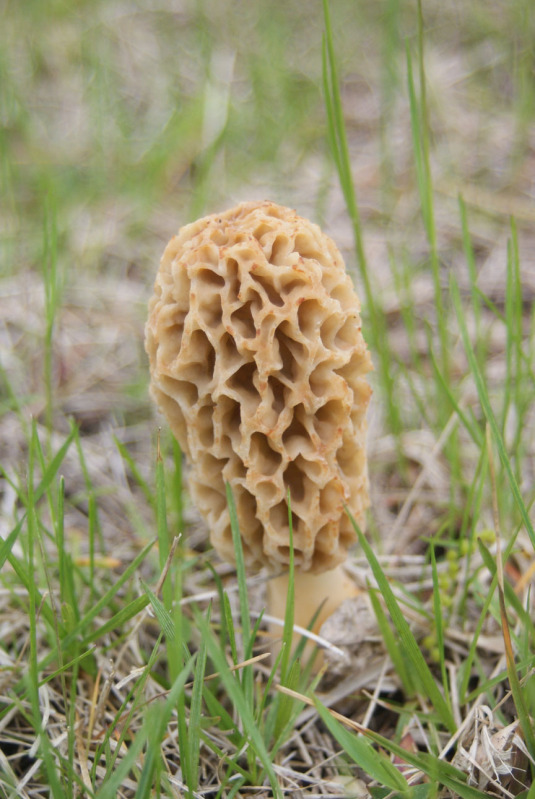 Ascomycetes are important in digesting resistant materials such as cellulose (found in plant cell walls), lignin (found in wood), and collagen (a connective tissue found in animals). This group also includes many important plant pathogens.

Many, perhaps half of the species of ascomycota form lichens—a symbiotic relationship between a fungus and a photosynthetic cell such as a green algae or a cyanobacteria. The fungal component of most lichens is an Ascomycete.

Hyphae from opposite mating types fuse, forming a heterokaryotic structure which then produces dikaryotic hyphae.

The fruiting body is called an ascocarp. It is composed of dikaryotic hyphae and haploid hyphae.

Dikaryotic hyphae within the ascocarp produces asci (singular: ascus), sacs that are walled off from the rest of the hyphae. Nuclear fusion within an ascus will produce a diploid zygote. The zygote will undergo meiosis, followed by mitosis to produce 8 haploid ascospores.

Asci with ascospores can be seen in figure 5. 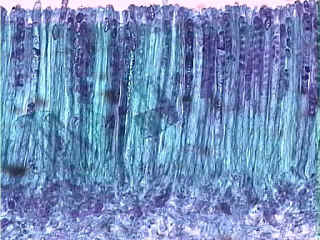 An ergot is the hard, purple-black fungus Claviceps purpurea. It contains toxic alkaloids, including LSD. When infected rye is made into bread, the toxins are ingested and cause vomiting, muscle pain, feeling hot or cold, hand and foot lesions, hysteria and hallucinations. Historians believe that those that accused their neighbors of witchcraft in Salem may have been suffering from ergotism. Claviceps is used to stimulate uterine contractions and to treat migraine headaches.

Observe a slide of Peziza at scanning, low, and high power magnification. Find an ascus and ascospores on the upper surface (inside the cup).

Observe the conidiophores and conidia (asexual spores) of Aspergillus.

Yeast also reproduce sexually by forming an ascus and eight ascospores. View a slide of Schizosaccharomyces octosporus under high power or oil immersion and find an ascus with ascospores.

During sexual reproduction, the fusion of two cells results in the formation of an ascus. 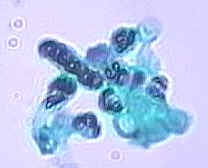 The elongated cell in the upper left part of figure 7 contains ascospores. 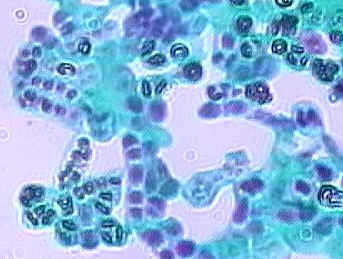 Cells in the lower left part of the figure 8 contain ascospores.

Yeast is important in leavening bread by CO2 production and in producing ethanol for alcoholic beverages. 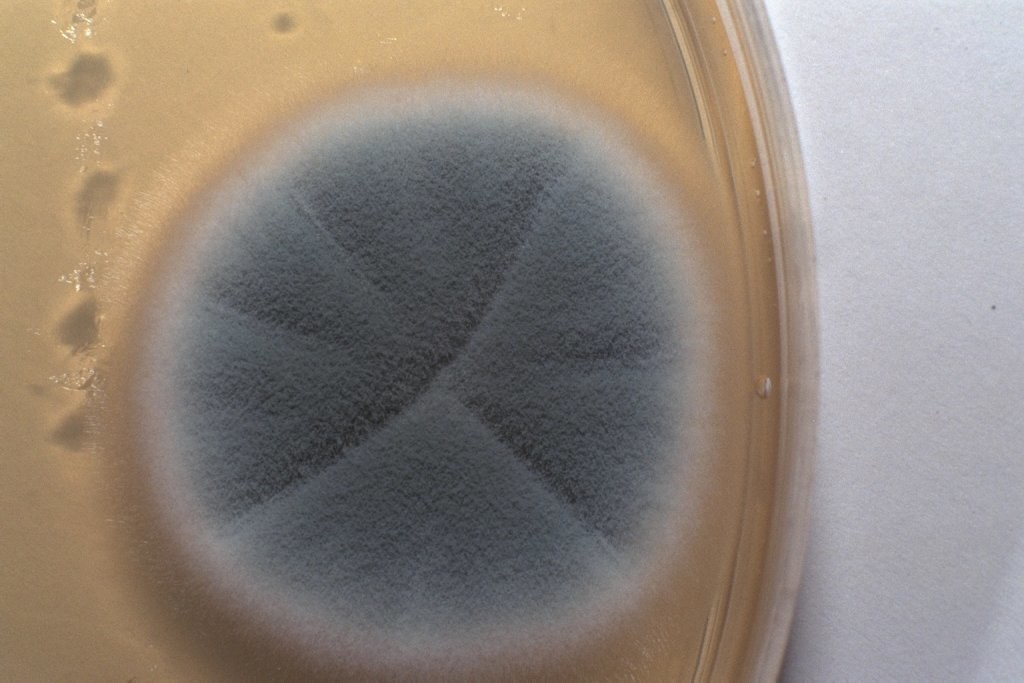 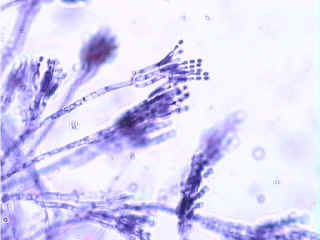 Asexual reproduction in club fungi is rare. Their fruiting bodies are called basidiocarps. This is the visible mushroom. 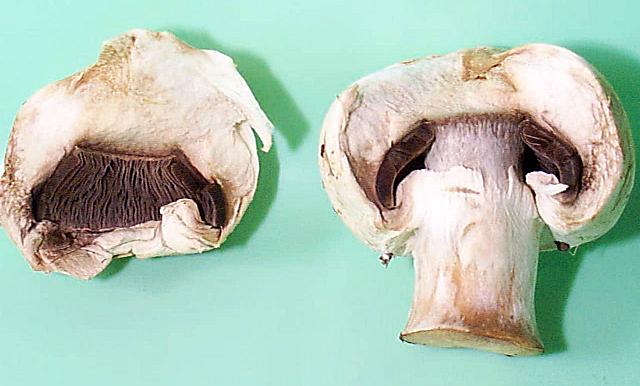 Spores, called basidiospores are produced on basidia within the basidiocarps. In mushrooms, the basidia are located along the gills on the underside of the cap. In figure 6, a portion of the cap of this mushroom has been broken away to reveal the gills. 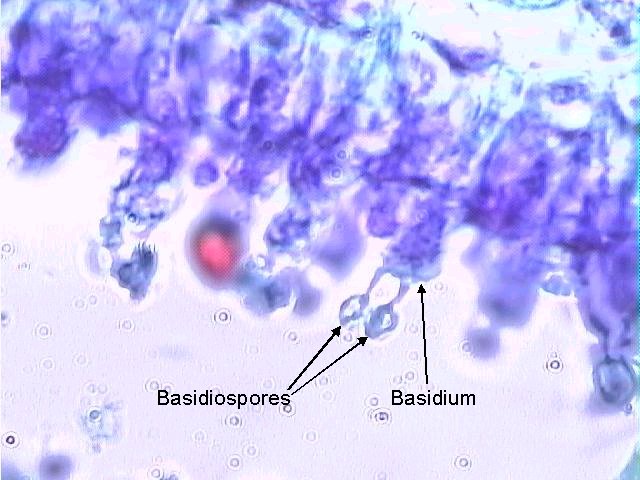 In ascomycota (sac fungi), the ascospores were enclosed in an ascus. In basidiomycota, the basidiospores are not enclosed. Compare the diagrams of a basidium with basidiospores above with that of an ascus with ascospores seen earlier.

Basidiospores germinate to produce monokaryotic (haploid, one nucleus per cell) hyphae. Mushrooms are composed of dikaryotic hyphae which are formed when hyphae fuse. Dikaryotic nuclei within the basidium fuse to produce a zygote and meiosis then produces basidiospores.

Observe some representative club fungi on display including mushrooms, puffballs, and bracket fungi. 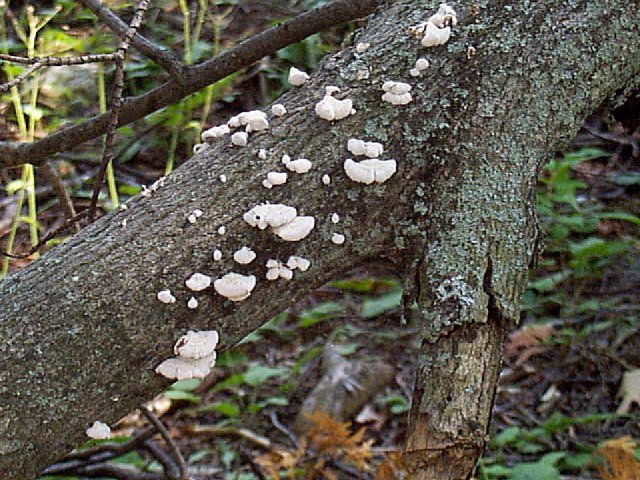 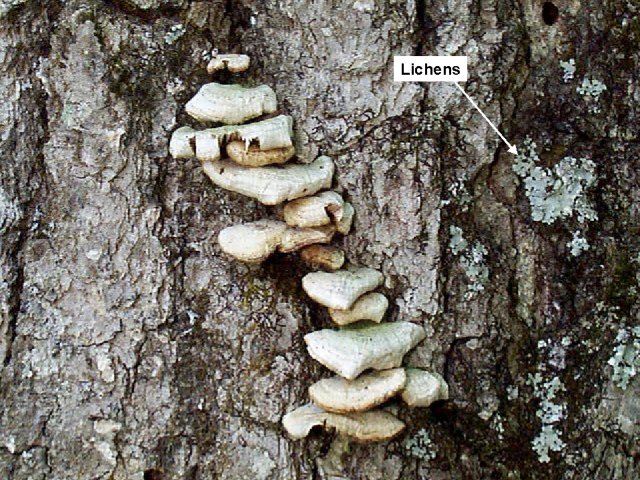 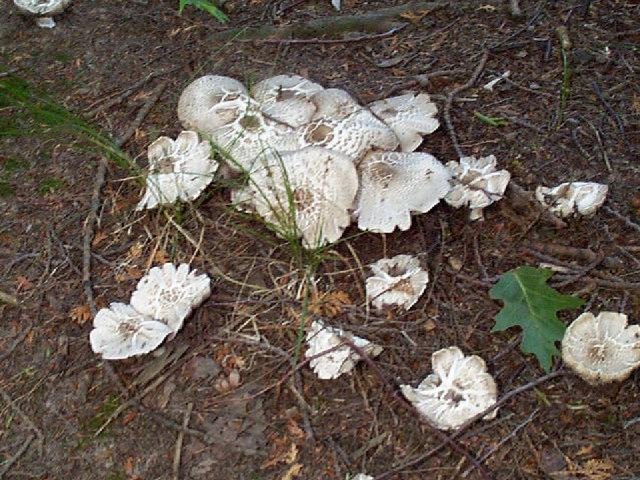 Cut a mushroom to reveal the gills as shown in figure 16. Basidia and basidiospores form on the gills. 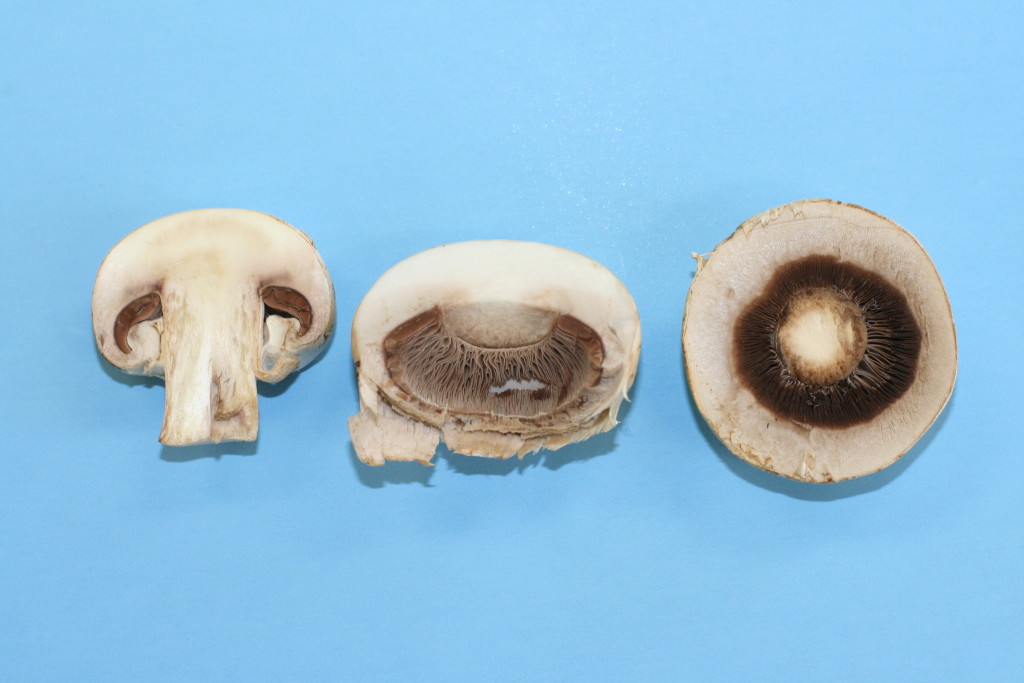 View a cross section of the cap of a mushroom (Coprinus) showing the gills. Find a basidium and basidiospores. 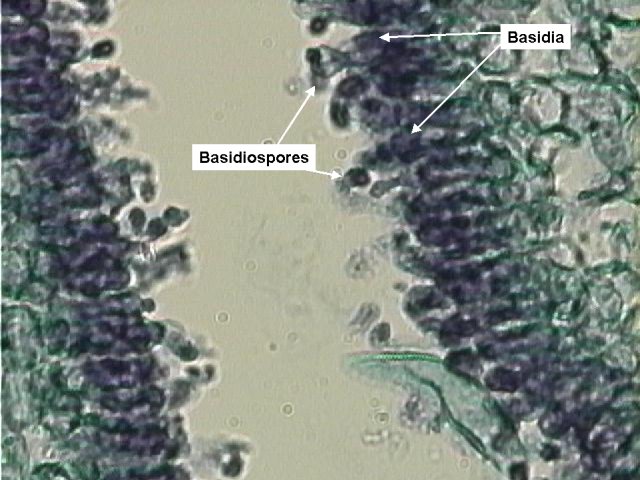 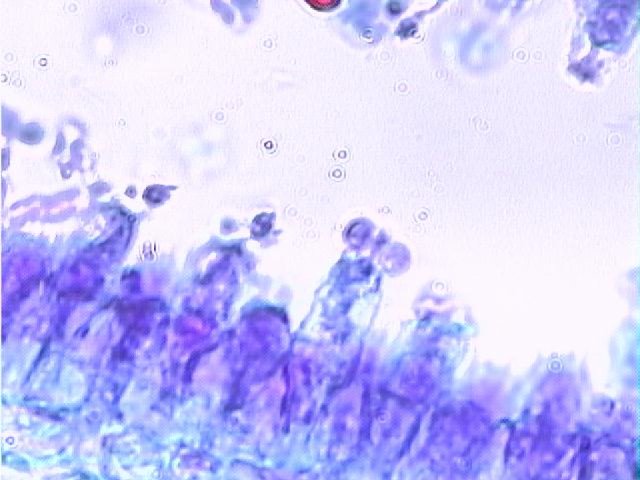 Symbiotic Associations of Fungi and Other Organisms

Lichens are structures made up of two different species:

The photosynthetic cells are contained within the middle layer.

Reproduction is asexual. Fragments are produced that contain fungal hyphae and photosynthetic cells.

Lichens derive most of their water and minerals from rainwater and air. This allows them to survive on bare rock, tree trunks, inhospitable places.

Observe the lichens on display. Some lichens have a crust-like appearance (crustose). Others have a shrublike (fruticose) or leaflike (foliose) appearance. 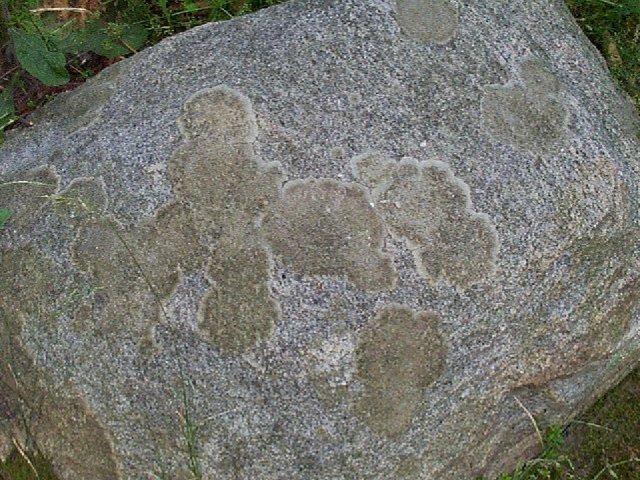 Figure 19. Lichens growing on a rock 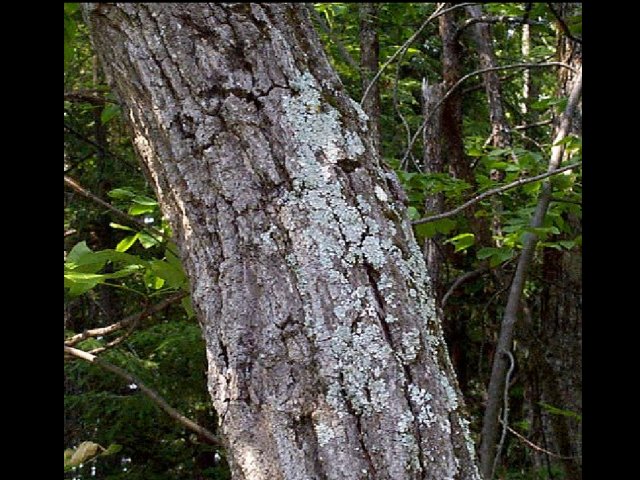 Figure 20. Lichens growing on a tree 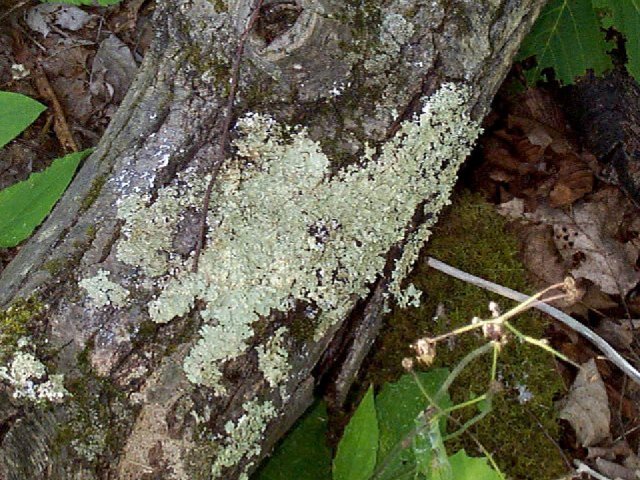 Figure 21. Lichens growing on a tree 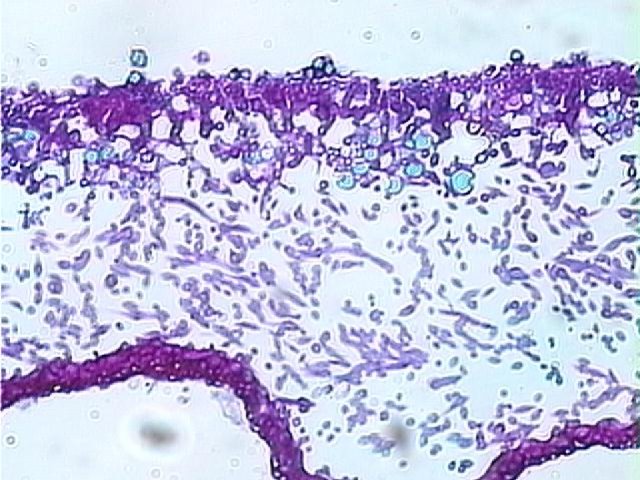 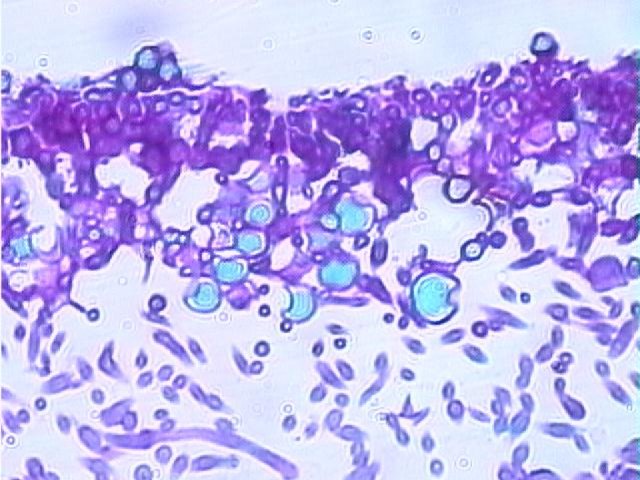