Warming of the Earth’s surface poses a particular threat for the Earth’s ice systems including ice sheets, sea ice, permafrost (frozen ground), and glaciers. An ice sheet is a mass of glacial land ice that covers more than 50,000 square kilometers. Antarctica and Greenland hold the Earth’s two ice sheets, and both lose hundreds of gigatonnes (109 tonnes) of ice mass each year to melting (Fig 3.3.1.1). 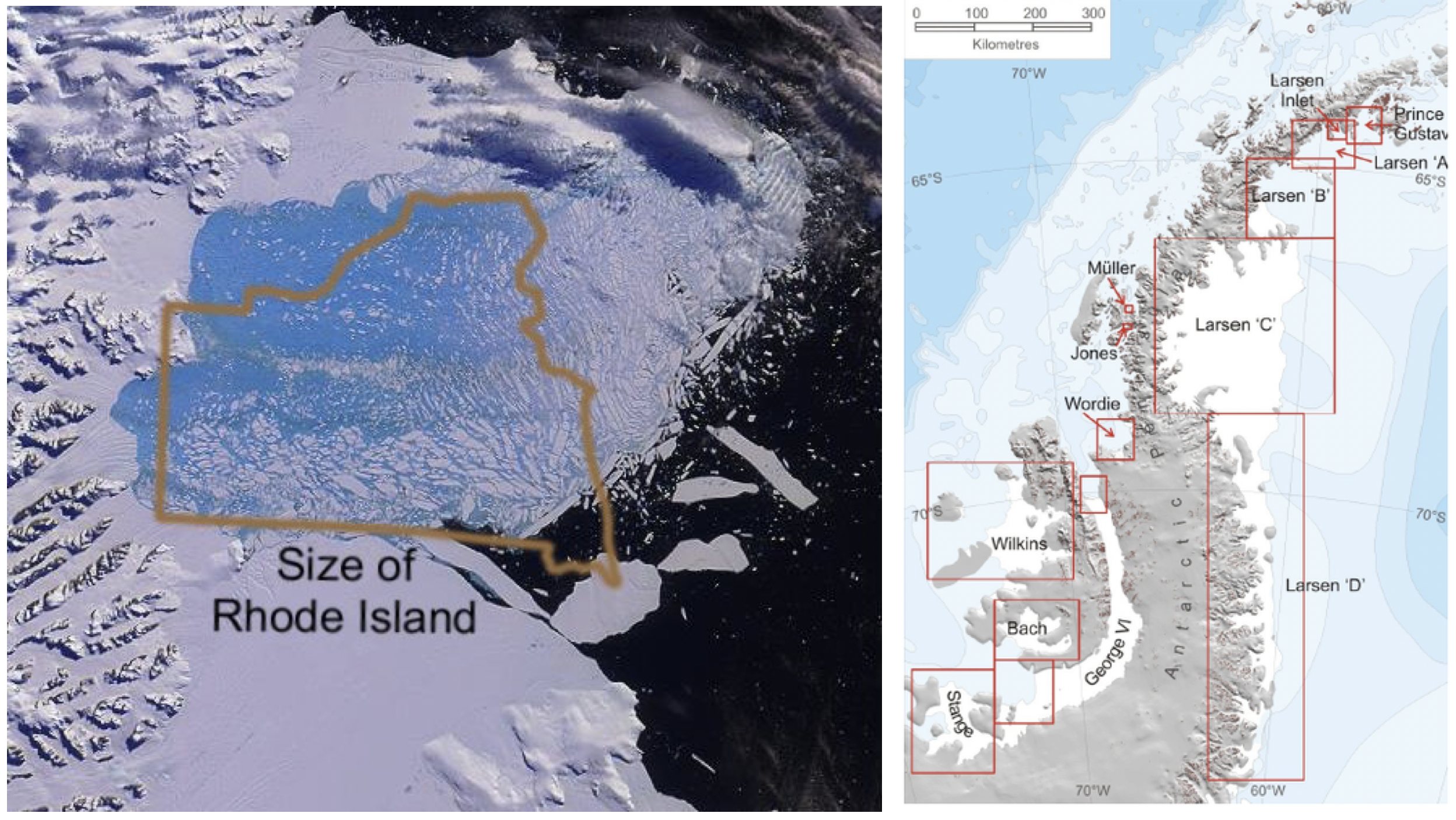 Figure \(\PageIndex{2}\): The Larsen B ice shelf (left) in the Antarctic Peninsula with a scale comparison to the US state of Rhode Island which collapsed and melted into the Southern Ocean in February of 2002. The location of the Larsen A, B, and C shelves in the Antarctic Peninsula (right) prior to the collapse of portions B and C. Images from Wikimedia Commons2,3.

Recently, both Greenland and Antarctica have experienced short intense heat waves which have significantly increased localized melting. In July 2012, NASA’s Earth Observatory documented surface melting across 97% of the Greenland ice sheet in response to a week-long heat wave.  On June 18th 2019, Greenland experienced a 40℉ temperature increase which led to massive surface warming and an estimated loss of 11 billion tons of surface ice in a single day. Similarly, Antarctica set its highest temperature record of 65℉ on February 7th, 2020, leading to significant ice loss along the Antarctic peninsula, and associated islands, such as Eagle Island.