Technologies that enable the genetic modification of living things offer the potential for helping to tackle many of the grand challenges that society faces today: the need for sustainable energy and materials, the need for safe and secure food, the need to invent new life changing medicines, and elements of climate change to name a few. Like all new technologies, however, the application of genetic engineering comes with risk and various ethical conundrums. Therefore, considerations for responsible use of this technology must be made and the benefits and risks of any project continuously evaluated.

In this “A little extra” we discuss a promising application of genetic modification, altering plant genomes to expedite drought-tolerant crop variety growth.

Genetically engineered organisms, especially in crops, have actually shown to be beneficial and even life-changing for some populations. For example, to improve the lives of millions in Africa and Asia suffering from vitamin-A deficiency due to poor diets, Dr. Ingo Potrykus and Dr. Peter Beyer genetically engineered a variety of rice to provide this necessity (read more on Golden Rice here). The team was able to change the rice’s sequence to generate a novel function: making a vitamin that would otherwise not exist in the grain. In this way, the population was able to reap the benefits of GMOs (pun intended) and the vitamin-A deficiency epidemic had a solution. This is the power of genetic engineering- to change the DNA sequence and to get a new, desired phenotype. 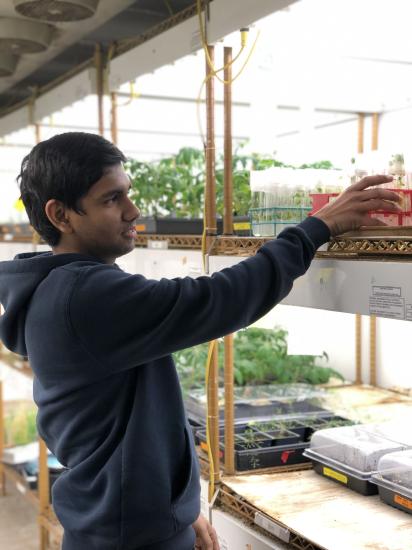