Possible exercise: Use the figure of ATP above and your knowledge of what a water molecule looks like to draw a figure of the reaction steps described above: breaking of phosphoanhydride bond, breaking of water, and formation of new bonds to form ADP and inorganic phosphate. Track the atoms in different colors if that helps. 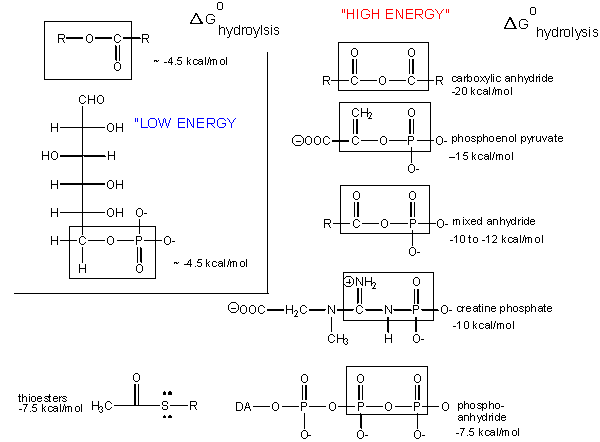 Figure 2: The free energy of hydrolysis of different types of bonds can be compared to that of the hydrolysis of ATP. Source: http://biowiki.ucdavis.edu/Biochemis...perties_of_ATP

For a more detailed explanation of ATP and how this molecule stores energy take a look at this video (10 minutes) by clicking here. (Caveat - not yet BIS2A instructor validated)

A variety of mechanisms have ermerged over the 3.25 billion years of evolution to create ATP from ADP and AMP. The majority of these mechanism are modifications on two themes: direct synthesis of ATP or indirect synthesis of ATP with two basic mechanisms known respectively as: Substrate Level Phosphorylation (SLP) and oxidative phosphorylation. These topics are substantive enough that they will be discussed in detail in the next few modules. Suffice it to say both mechanisms rely on biochemical reactions that transfer energy from some energy source to ADP or AMP, to synthesize ATP.