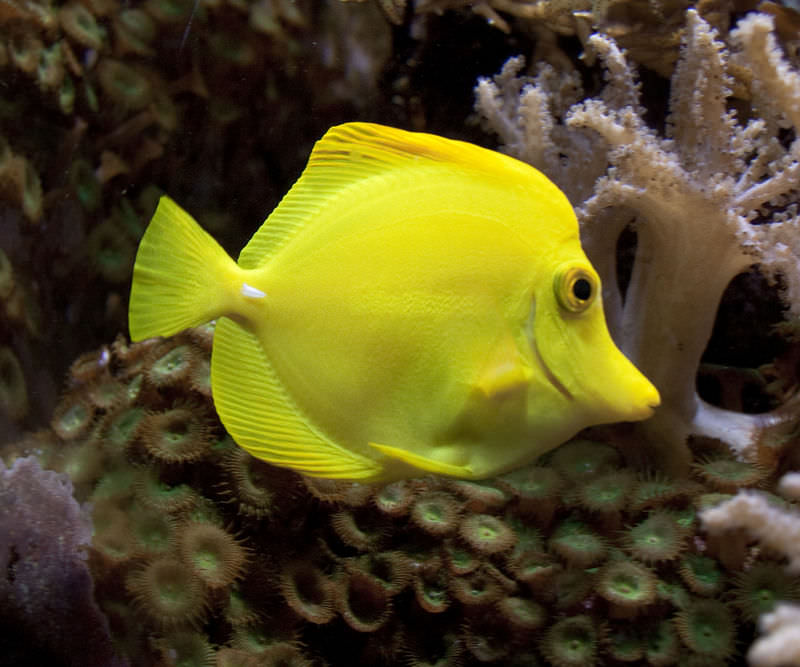 What traits set this animal apart from invertebrate chordates?

This small colorful fish is a vertebrate - it has a backbone. And vertebral columns first evolved in fish. Think about the invertebrate chordates. They live in the ocean, so it only makes sense that fish would be the first true vertebrates. Vertebrates are a subphylum of the phylum Chordata. Like all chordates, vertebrates have a notochord, a dorsal hollow nerve cord, pharyngeal slits, and a post-anal tail. What other characteristics do vertebrates have?

The main distinguishing feature of vertebrates is their vertebral column, or backbone (see Figure below). The backbone runs from the head to the tail along the dorsal (top) side of the body. The vertebral column is the core of the endoskeleton. It allows a vertebrate to hold its shape. It also houses and protects the spinal (nerve) cord that passes through it. The vertebral column is made up of repeating units called vertebrae (singular, vertebra). In many species, there are shock-absorbing discs between the vertebrae to cushion them during movement.

Another distinguishing feature of vertebrates is an endoskeleton made of bone or cartilage.Cartilage is a tough tissue that contains a protein called collagen. Bone is a hard tissue that consists of a collagen matrix, or framework, filled in with minerals such as calcium. Bone is less flexible than cartilage but stronger. An endoskeleton made of bone rather than cartilage allows animals to grow larger and heavier. Bone also provides more protection for soft tissues and internal organs.

As shown in Figure below, the vertebrate endoskeleton includes a cranium, or skull, to enclose and protect the brain. It also generally includes two pairs of limbs. Limb girdles (such as the human hips and shoulders) connect the limbs to the rest of the endoskeleton. Vertebrate Endoskeletons. The vertebrate endoskeleton includes a vertebral column, cranium, limbs, and limb girdles. Can you find these parts in each endoskeleton shown here?

There are several additional traits found in virtually all vertebrates. Nervous System (Human). The vertebrate nervous system includes a brain and spinal cord. It also includes a body-wide network of nerves, called peripheral nerves. They connect the spinal cord with the rest of the body.