Food chains and food webs are diagrams that represent feeding relationships. Essentially, they show who eats whom. In this way, they model how energy and matter move through ecosystems.

A food chain represents a single pathway by which energy and matter flow through an ecosystem. An example is shown in Figure below. Food chains are generally simpler than what really happens in nature. Most organisms consume—and are consumed by—more than one species. This food chain includes producers and consumers. How could you add decomposers to the food chain?

A food web represents multiple pathways through which energy and matter flow through an ecosystem. It includes many intersecting food chains. It demonstrates that most organisms eat, and are eaten, by more than one species. Examples are shown in Figures below and below. 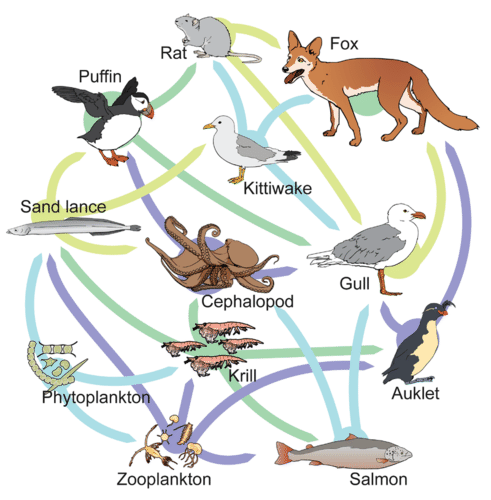 Food Web. This food web consists of several different food chains. Which organisms are producers in all of the food chains included in the food web? 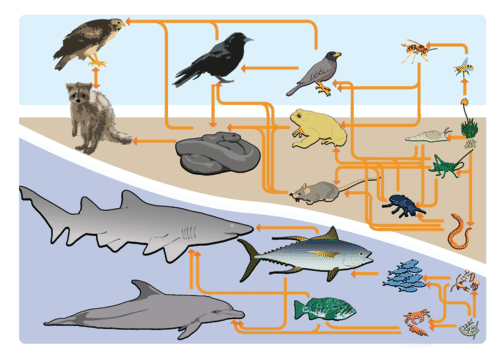