Figure 7.4: A depiction of a crossover from Morgan’s 1916 manuscript. Only one pair of non-sister chromatids is shown, but remember there are 4 chromatids for each homologous pair in meiosis. (Wikipedia-Morgan-PD) 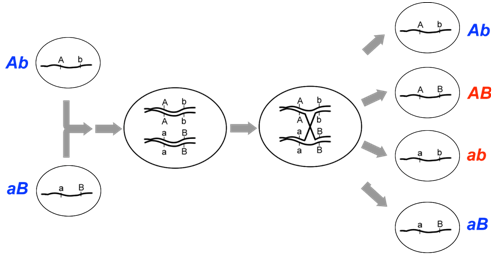 Figure 7.5: A crossover between two linked loci can generate recombinant genotypes (AB, ab), from the chromatids involved in the crossover. Remember that multiple, independent meioses occur in each organism, so this particular pattern of recombination will not be observed among all the meioses from this individual. (Original-Deyholos-CC:AN)