In yeast, glycolysis plays a major role in energy production, and glucose is far and away its preferred carbon source. Genes involved in the metabolism of other carbon sources are usually repressed when glucose is available. When glucose is not available, however, yeast activate genes that metabolize other available energy sources, such as galactose. Galactose increases the transcription of several genes for enzymes that transport galactose into cells and ultimately convert it into glucose-6-phosphate (G6P), an intermediate in glycolysis. The first gene in the pathway induced by galactose, GAL1, encodes galactokinase, which phosphorylates galactose to galactose-1-phosphate. (Check out the GAL1 pathways link in SGD.) The GAL1 promoter has been incorporated upstream of the ORF site in both the pBG1805 and pYES2.1 plasmids and therefore controls transcription of plasmid-encoded MET/Met and lacZ genes in transformed cells.

Glucose repression can be relieved by growing cells in a poor carbon source, such as raffinose. Raffinose is a trisaccharide composed of galactose, fructose and glucose. Raffinose is not able to induce high levels of GAL1 expression, which requires galactose. In the presence of galactose, expression of the GAL1 gene increases ~1000-fold above the level observed in the presence of glucose. This stimulation is primarily due to the activity of Gal4p, which is no longer bound to the inhibitory Gal80p protein. Gal4p acts as a master regulator of galactose metabolism. In addition to activating GAL1 transcription, Gal4p also binds to the promoters of the GAL7 and GAL10 genes, which are situated adjacent to the GAL1 gene on yeast chromosome 2. Like GAL1, the GAL7 and GAL10 genes encode proteins involved in galactose metabolism. 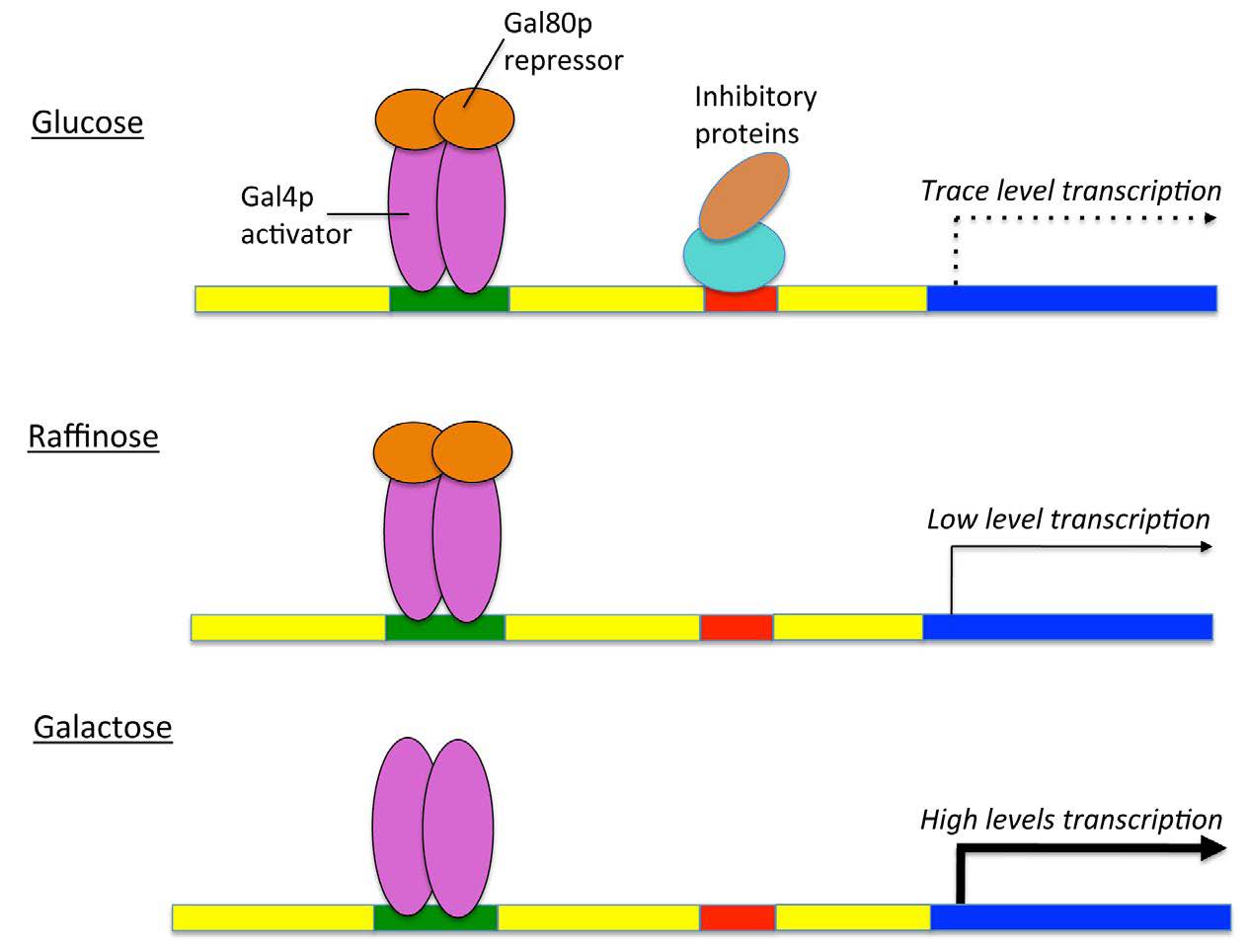