The table below lists the primer pairs used by the SGDP to analyze the deletion mutants. In designing the primers, researchers aimed for primer pairs that had similar physical properties,i.e. length and Tm, and would generate PCR products that were several hundred base pairs long. Like most genomes, the S. cerevisiae genome has both AT-rich and GC-rich regions (Goffeau et al., 1996). Non-coding regions, in particular, tend to be enriched in AT base pairs, which are stabilized by fewer hydrogen bonds than GC pairs. 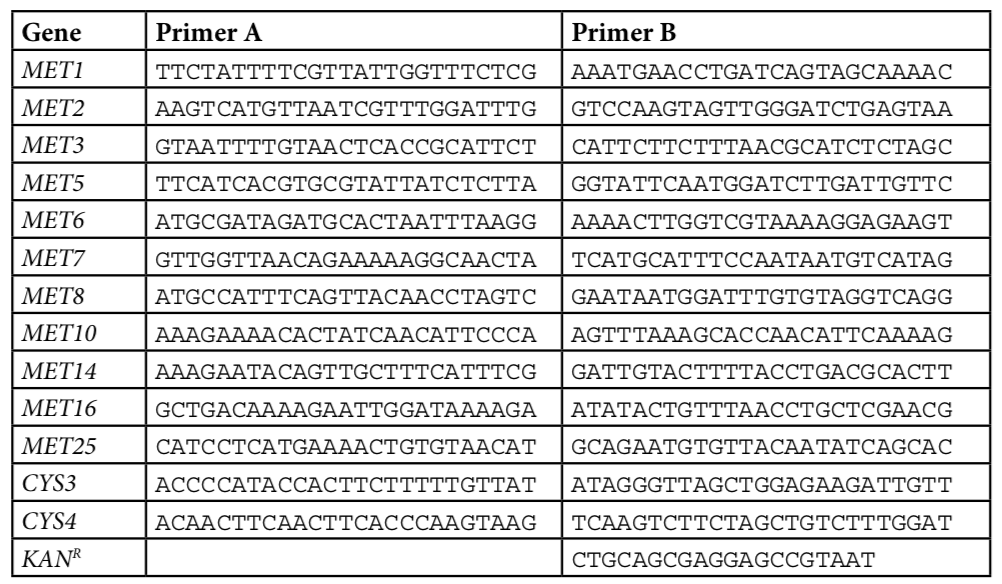 The primer sequences are written in Courier font, a nonproportional font that is often used for nucleic acids, because all letters have the same width. What is immediately apparent about the primer lengths?

In this lab, you will use the SGDP primers to identify your three deletion strains. Fill in the table below with information about the length, GC-content and Tm for the primers designed for your strain. To find this information, use one of several online tools for primer analysis: