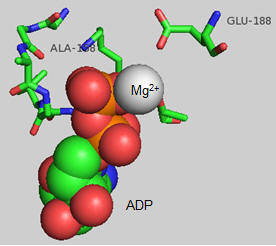 7/127/17: The following Jmol links contains multiple views of the FoF1ATPase. It is repeated several times below. ATPase animations from the MRC

ATP synthase from the PDB

Experimental evidence shows that it can. The FoF1ATPase complex can be removed from membranes and placed in a liposome into which ADP and Pi have been encapsulated. The pH of the outside of the vesicles is then lowered several pH units. Under these circumstances, ATP is generated inside the vesicle proving that a gradient alone can drive its synthesis.

Note: In the above discussion, we dealt with two different proton translocating methods: